Lib Dems demand referendum on the terms of Brexit

The Liberal Democrats set out their plan for Britain in Europe at their party conference this autumn.  The British people should have their say on the final deal in a referendum.

This would not be a re-run of the last referendum.  Theresa May's Conservative Brexit Government triggers looks set to trigger 'article 50' and take Britain out of the EU.  We want the British people to have their say on what comes next. 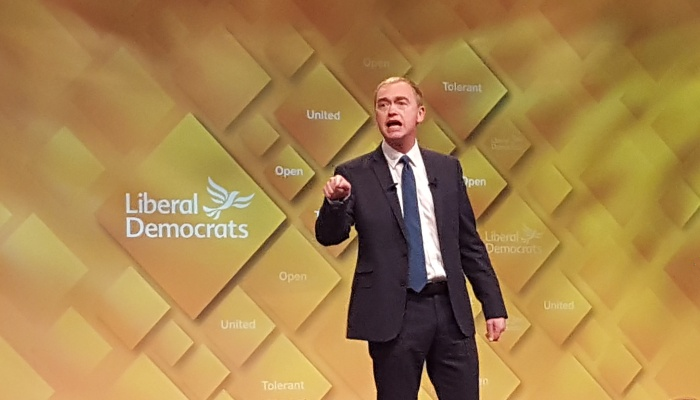 Voting for a departure is not the same as voting for a destination.  Theresa May’s ‘Brexit means Brexit’ mantra actually doesn’t mean very much at all. We have still had no answers the big questions about Britain’s future.  This will only become clear during Brexit negotiations.  The people of Britain should have the final say on whether any deal is acceptable or not.

Leader Tim Farron said that he would be “clear and unequivocal” with voters.  If the Lib Dems were elected at an early election, they would set aside the referendum result and keep Britain in the EU.  He said the referendum result amounted to a “howl of anger” at politicians and that the election of a liberal government would be a way of registering a change of heart by the electorate.  We will not trigger 'article 50' to leave the EU if we are elected to government.  But if the government starts the process of leaving, the final decision must be put to the public with a referendum.