Party leader Tim Farron announced that the Lib Dems will fight the next general election on staying in the EU.  Millions of people have signed a petition asking for a new referendum, because they feel cheated by the deception of the leave campaign.

Within hours of the referendum, all the key figures of the leave campaign backed out of their promises including  NHS funding and immigration. 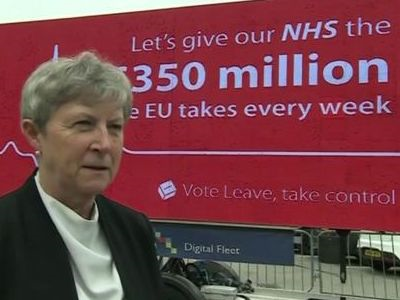 With a Tory leadership election over the summer we may have a general election soon after.  Elected on a platform of staying in the EU, the new government would have a fresh mandate from the people to remain in the EU.
Speaking after the referendum result, Tim Farron said: “Naturally we respect the result of the referendum.  But the Brexit camp have renounced their promises on the NHS and immigration.  It’s clear the British people were told lie after lie.
“We have always believed that our economy and our place in the world is stronger in Europe.  It’s only right that we offer that as a choice at the General Election.”

“It’s also critical that we listen to the concerns of those who voted to leave, many of whom weren’t angry at Europe but simply feel that on schools, the NHS and on immigration, Westminster isn’t listening”

The Leave campaign promised to spend £350 million a week on the NHS if we left.  But the UK has never given £350 million a week to the EU.  Our contribution is rebated to £250 million, of which nearly £90 million goes to our farmers and to poorer regions of the UK.  Vote Leave MPs even admitted this in TV interviews but kept repeating the false figure.  They knew that what they were saying was false.

Thousands of people have joined the Lib Dems since the referendum to help us get an election mandate to stay in.
If you feel the leave campaign deceived the UK into Brexit, join us and help fight for a mandate to stay in the EU.