Over 18,000 people joined the Lib Dems since the referendum

The vote to leave Europe has triggered the biggest crisis in Britain for decades.  Only the Lib Dems are standing up for the millions of people who are worried about the future holds. Over 18,000 people have joined the party in recent weeks, because they want to be part of the movement that will keep Britain in Europe. 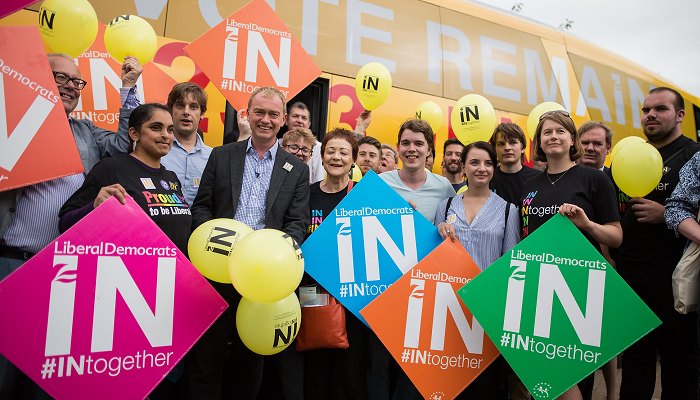 Lib Dem leader Tim Farron (pictured) said: “We respect the result of the referendum but it doesn’t change our values or our belief that Britain is better off in Europe. So that is what we will fight for at the next election.

“Even people who disagree with us will respect the fact we are standing by what we believe. And to the millions of people who agree with us, my message is: join us.

“Help us secure a future for Britain that is tolerant, optimistic and prosperous. We are the only party that is united and
wholehearted in our support for Britain’s future being at the heart of Europe.  We fought for it at the referendum and we
will keep fighting for it in the future.”